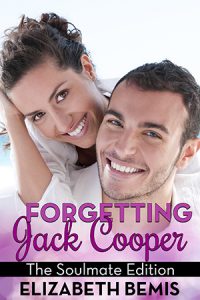 Having led a charmed life practically since birth, Hollywood heartthrob, Jack Cooper, has never had to ask forgiveness for anything…even when he should have. But with a new movie role that might skyrocket his career, Jack gets a second chance to clear the air for some long-ago errors in judgment, and to score some publicity points along the way. He sets off on a round-the-country tour to make amends to those whose lives he’s inadvertently harmed.

What makes the tour even sweeter? The studio’s director of Public Relations, Ruth Miller, is spearheading the effort. Though she’s shy, quiet, and more than a little attention-averse, there’s something about Ruth that keeps Jack searching for ways to make her smile.

For Ruth, those smiles are harder and harder to come by. After a lifetime of trying to please dear old Mom, a former Hollywood starlet who is now Ruth’s boss, Ruth scarcely knows what it takes to please herself anymore. And no matter how unexpectedly flirtatious Jack Cooper is, she knows that falling for him before she has her own head on straight would be a disaster.

Then Ruth and Jack hit the road, and she sees an entirely different side to the playboy. They have more shared interests and unexpected connections than she would have thought possible, and with each new stop on the tour, she finds how her own strengths mesh with his…and he helps her see how special she truly is.

Unfortunately, before Ruth can drum up the courage to ask for what she really wants, it may already be too late. Because with the enormously popular “Forgiveness Tour” coming to an end, Ruth realizes that Forgetting Jack Cooper may be impossible after all.